Last week 2 of our cool customers, Oliver and Zac Barker were spotted in St.Bert’s at the King Arthur movie premiere in Londons Leicester square. 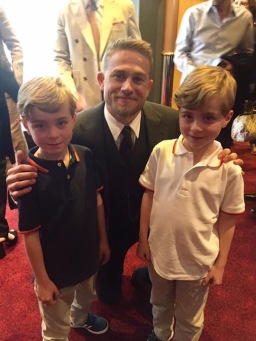 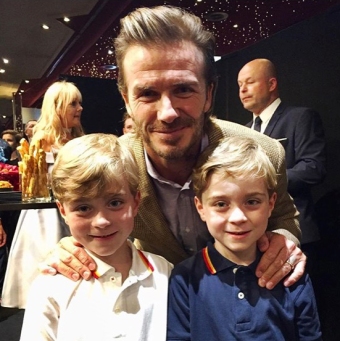 We were delighted (and a little overexcited) that they chose to wear St Bert’s to the premiere, we thought they looked red carpet ready next to the likes of David Beckham, Charlie Hunnam and Poppy Delevingne!

They have been brand ambassadors of ours for a number of years now and along with their sister Megan, the triplets rock our retro styles and designs and always look amazing when sporting our bright and bold pieces. It has been super exciting to see their journey from Downton Abbey to the silver screen. 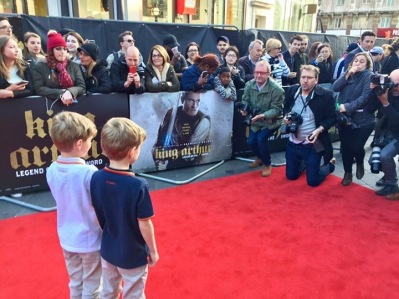 Proud mum Clare explained how the youngsters’ latest role came about. “I had a call from the boys’ agent at the beginning of 2015 wanting Oliver and Zac to meet a casting director for a role in a major movie – in fact, he wanted to see all three triplets as they were also after a girl of similar age to play the cousin. So we took Megan along too – although she was extremely shy and didn’t want to do anything.

“It was during this meeting that we discovered that Guy Ritchie would be directing, and he had seen the boys on Downton Abbey. Shortly after that meeting, the boys were offered the role of Young Arthur. “They were only four and a half when they started filming King Arthur. It was being shot at the same time as they were also filming the last series of Downton Abbey, so there were days when it was a bit of a juggle.Clare said: “We would be chauffeur-driven and put up in the Grove Hotel – an incredible 5 star hotel where we would get driven around on golf buggies and the kids made use of the ‘children’s pool’ and games room – definitely a nice taster of movie star life! “Each time we were driven onto set, we drove past the Harry Potter triple-decker bus which the boys loved. It was pretty incredible as the studio had built a full size castle with lakes etc. The amount of work that went into making this all look so authentic was unbelievable. “The boys had their own trailers both by the production area and another next to the main studio area. Everything they could’ve wanted was put on.Read more at: http://www.worthingherald.co.uk/news/county-news-little-sussex-actors-get-the-red-carpet-treatment-at-guy-ritchie-film-premiere-1-7956502
More photos here: At the London premiere of ‘King Arthur: Legend of the Sword’